As preparations for Halloween are well under way across the UK and beyond, insurethebox has released their latest analysis of driving data for the Halloween period, to warn drivers of the scary statistics which accompany this occasion.

The telematics insurance pioneer shows it’s not only scary creatures, ghouls, and witches to worry about on Halloween this year. Based on the insurer’s data from 2016-2019, insurethebox customers have made 6% more claims on 31st October compared to any other day of the year.
Specifically, malicious damage to vehicles (e.g. slashing tyres) is 131% more likely on this night than any other in the calendar.

Gary Stewart, Service Manager at insurethebox commented: “Autumn/Winter months are notoriously touted as more dangerous in comparison to other seasons – a time whereby less hours of daylight combined with a usual decline in weather often demonstrate a rise in accidents on UK roads.
This year we can expect less activity on the streets than previous Halloween nights – but, our guidance to drivers remains the same. Drive in a safe manner, watch your speed and stay free from distractions.”
The insurance provider further shared the average miles driven for each region on Halloween, with drivers in Wales and West England driving 27% more on Halloween night than any other day of the year. 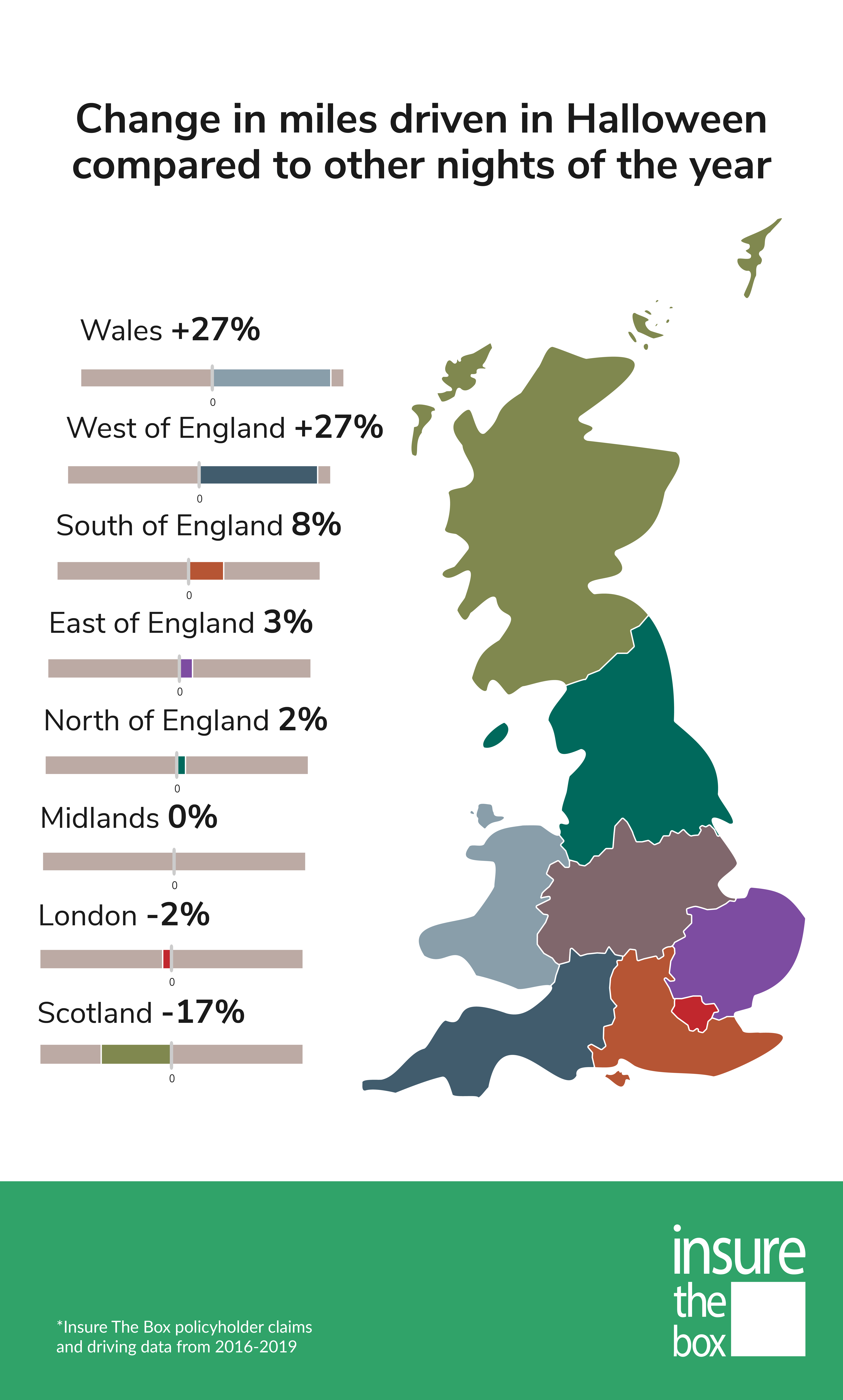 This Halloween period looks to be slightly different than previously experienced, but instead of keeping an eye out for paranormal activities, drivers in the UK should set their sights firmly on staying safe on the roads according to insurethebox.

Insure The Box Limited launched in June 2010 with its first product, insurethebox, and now holds over 5 billion miles of driving data and associated claims. Insurethebox is owned by Aioi Nissay Dowa Europe Limited, part of the major Japanese insurance group MS&D Holdings, Inc. The group is taking a leading role in the development of technologies that will change the face of motor insurance and the way we view the car.