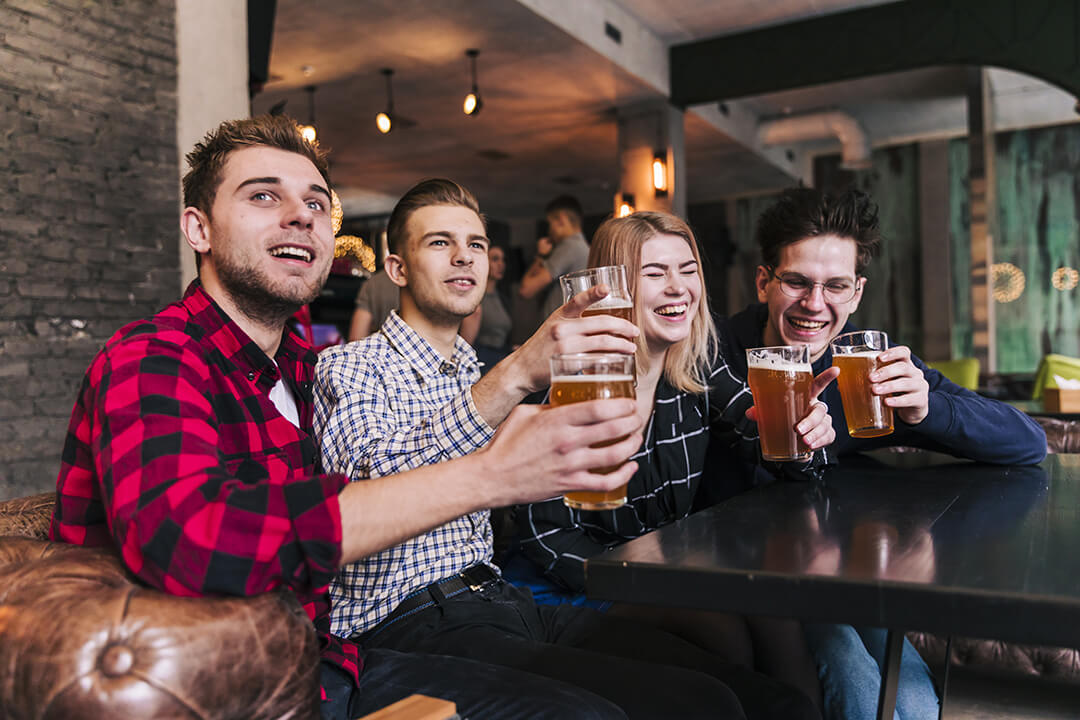 With rugby fans across the UK gearing up for the first home games of the Rugby World Cup – Ireland vs Scotland and England vs Tonga – on Sunday 22 September, insurethebox, the UK pioneer of telematics-based car insurance is offering some sobering advice for young drivers heading to the pub or gatherings with friends to watch the games. The 9 hour time difference will see Ireland vs Scotland broadcast at 8:45am and England vs Tonga at 11:15am on Sunday morning. And the chances are that whatever the results, alcohol will be part of the festivities.

Simon Rewell, Road Safety Manager at insurethebox, commented: “It’s all too easy when you’re caught up in a great sporting moment to have another drink. But that could be a tactical error for rugby fans, young and old. Indeed, the latest Department for Transport (DfT) data shows the highest proportion of accidents on a Sunday involving drink driving occur between 1.00pm and 4.00pmii. And young drivers are especially vulnerable.

“When young people take to the roads after even just one drink they are putting themselves, their friends and other road users in potentially grave danger. We don’t want to put a dampener on this great international sporting event, but if young rugby fans need to be elsewhere after watching Sunday’s matches, they should find alternative transport or simply not drink alcohol.”

DfT data shows that on Sunday drivers are most likely to be stopped to take a breath test at 2.00pmiii and the majority of failed breath tests throughout the week were on a Sunday between midnight and 5.00amiv so the chances are, drivers will be caught if they’re over the limit.

“Drink driving is just not worth the risk. As well as significantly increasing the possibility of an accident, the impact of being found guilty of drink driving could include imprisonment, a fine of up to £2,500, a driving ban, and an increased insurance premium when the driver does get back on the road. If within their first 2 years of driving, the driver might have to restart the process of getting a driver’s licence. It could also jeopardise an individual’s job if they drive for work,” added Simon Rewell.

insurethebox improves driving safety among young motorists by proactively communicating with its customers, using telematics to empower young drivers to better manage their driving habits in order to reduce their insurance risk profile – and potentially their premiums. In this way, insurethebox helps young motorists make positive changes to their driving behaviour, such as reducing their speed or choosing not to drive if they’re not fit to be behind the wheel.

Insure The Box Limited launched in June 2010 with its first product, insurethebox, now holds almost 5 billion miles of driving data and associated claims. As well as insurethebox and drive like a girl (another Insure The Box brand) it also administers other telematics offerings. Aioi Nissay Dowa Insurance Company of Europe SE (AND-E) subsidiary of Aioi Nissay Dowa Insurance Company Limited and part of the major Japanese insurance group MS&AD Holdings, Inc., acquired the majority stake in Box Innovation Group Limited (which is the 100% owner of Insure The Box) in March 2015. Together they are taking a leading role in the development of technologies that will change the face of motor insurance and the way we view the car.

ii Most accidents on a Sunday involving drink drive occurred between 1.00pm and 4.00pm

iii Most people required to take a breath test at 14:00 on Sunday