The annual occurrence of clocks being turned back is set to take place on 25th October 2020 at 02:00, giving us all an extra hour in bed. But telematics insurance pioneer, insurethebox reveals that this extra hour is offset by a dangerous turn in conditions for road users in Britain.

The analysis of insurethebox telematics data shows that across the UK, there is a 14% increase in accidents between October and November. The largest increase occurs in the East of England, where accidents reportedly rise 28% between these months.

The risks that come with the loss in daylight particularly show in the evening rush hour – the month following the clocks change sees a 31% increase in accidents between 5pm-8pm across the UK. The largest risk is seen in the West of England, where accidents rise by 97% during 5pm-8pm between October and November.

The insurer’s analysis is released before this weekend’s clocks change to warn motorists, especially young drivers, about lower visibility and the start of winter conditions.

Gary Stewart, Service Manager at insurethebox, commented: “There is undoubtedly a direct correlation between the clocks going back and an increased risk of accidents for road users. Especially relevant in the younger demographic, many of whom have only recently been able to secure their driving licence, following a suspension of tests to help combat Covid-19.”

“Inexperience in darker driving conditions poses a particular danger to these road users, who will have to adjust for reduced visibility and adverse weather conditions brought about by the Winter season. With over 5 Billion miles of driving data we’re luckily able to analyse these patterns and help our young customers prepare.” 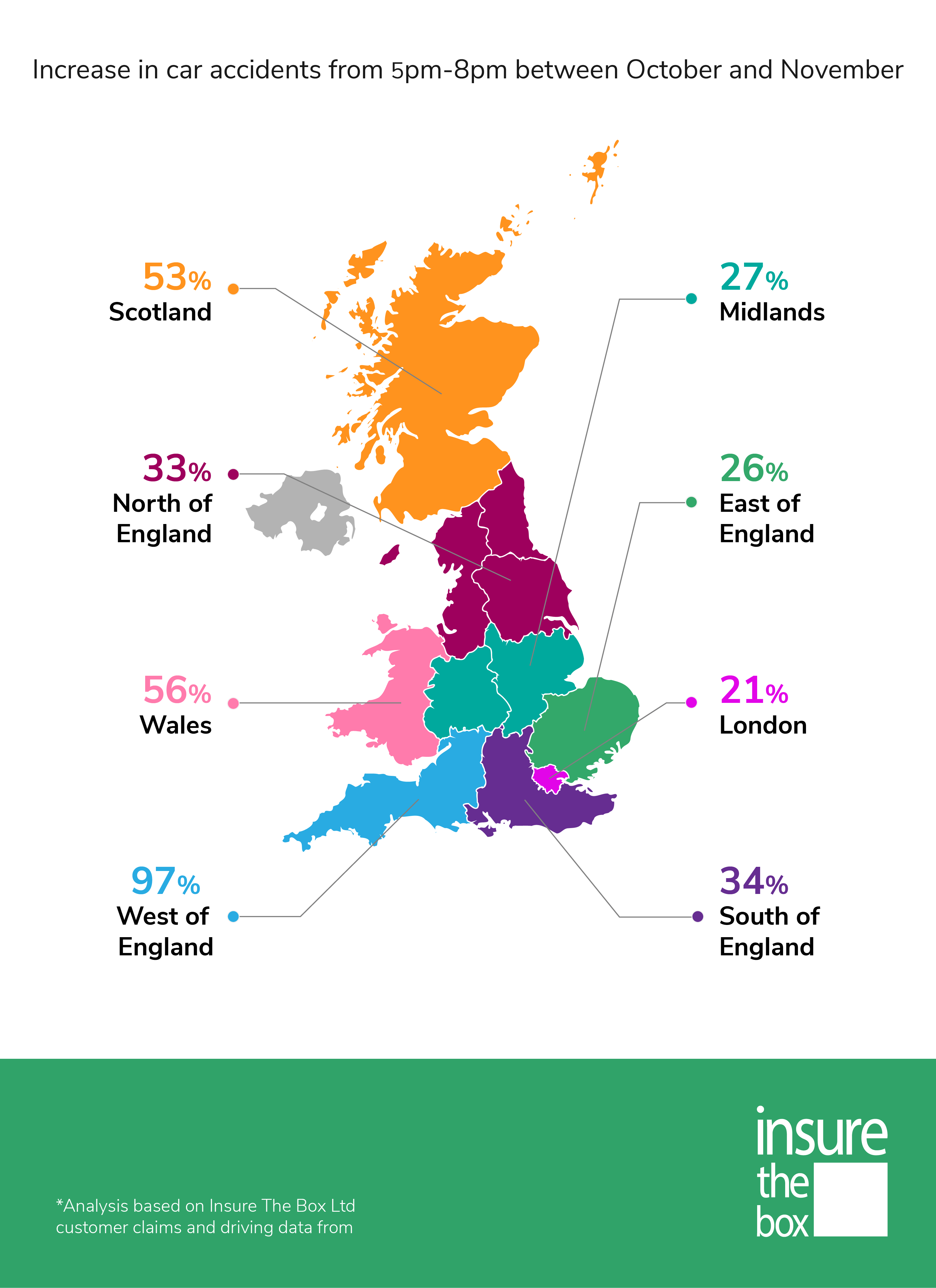 Insure The Box Limited launched in June 2010 with its first product, insurethebox, and now holds over 5 billion miles of driving data and associated claims. Insurethebox is owned by Aioi Nissay Dowa Europe Limited, part of the major Japanese insurance group MS&D Holdings, Inc. The group is taking a leading role in the development of technologies that will change the face of motor insurance and the way we view the car.