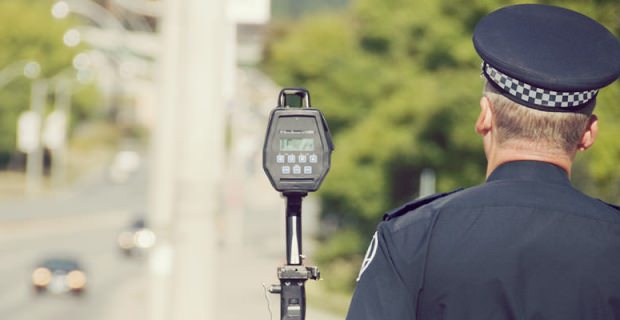 Police officers across Europe are carrying out a week-long campaign to crack down on speeding.

The speed enforcement operation started on Monday and will run until Sunday 24 August.

The aim is to gather intelligence, increase awareness of the dangers of speeding, and ultimately reduce crime, injury and death on Europe’s roads.²

“We urge all drivers to challenge their own attitude to speeding,” says TISPOL President Koen Ricour.⁴

“Anyone who still believes that speeding is a trivial offence needs to think again. That’s because excessive or inappropriate speed has a singularly devastating impact on the safety of road users, increasing both the risk of a crash and the severity of the consequences. It is estimated that speeding contributes to as many as one third of all crashes resulting in death, and is the most important contributory factor to road deaths and serious injuries (ETSC 2008).

“All across Europe this week, police officers will be ensuring that drivers respect the different speed limits. In cases where drivers choose to ignore these limits, officers will take appropriate steps to enforce the law.

TISPOL carried out a similar operation in August last year, which resulted in more than 720,000 speeding detections across 28 European countries.

Speeding is recognised as one of the ‘fatal four’ causes of road deaths and serious injuries. The other three are drink and drug driving, lack of seatbelt and distracted driving.⁵

“Breaking the speed limit or travelling too fast for conditions” is estimated to contribute to almost one in four (23%) fatal crashes in the UK.⁶

The European Traffic Police Network (TISPOL) was established in order to improve road safety and law enforcement on Europe’s roads, with the aim of reducing deaths and serious injuries on the road.

The organisation serves as a learning platform and knowledge exchange between Europe’s traffic police forces. It collaborates with a wide range of partners in order to make Europe’s roads safer.