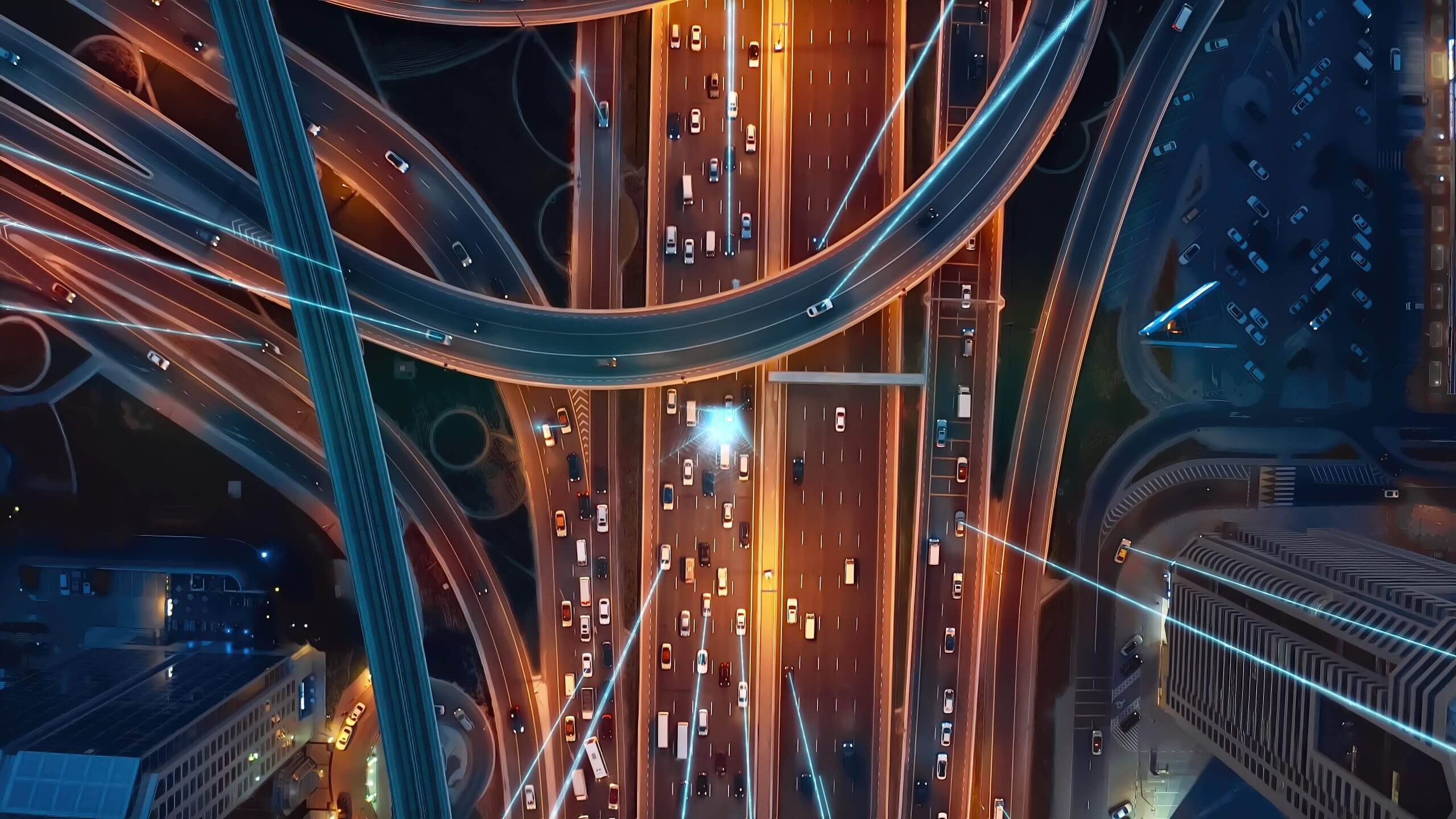 Guide to understanding how these motorways work

In the UK, you might have heard of, or even experienced smart motorways first-hand. But do you know what they are? How they work?

According to a recent survey conducted by Brake, more than half of drivers don’t understand the different rules associated with these stretches of road. With up to 25% saying they don’t even know what one is.

Fortunately, we can help. Understanding the rules of each road type is fundamental, and could save you future penalty points, or even prevent you from causing an accident.

So, let’s start off by briefly showing you what they do.

What are smart motorways?

No, these types of roads aren’t like your mobile phone – they can’t post on Instagram, or make calls for you, but they are smart in their own unique way.

Simply put, these are sections of motorway designated to manage traffic flow more effectively, to help cut down on traffic jams, but increase the road’s capacity.

It does this by harnessing technology to monitor the roads, and reacting to conditions – for instance, they can control speed by putting in a variable speed limit, or even open up the hard shoulder to allow road users to have access to an extra lane.

Yes, they can be highly effective, but you will need to exercise more caution and be vigilant for any changes stated on either road signs or gantries.

How to drive on smart motorways?

Well, the same as if you were on a normal stretch of the motorway. Stick to the speed limit, be considerate of other drivers, and give people enough space.

If you see a new speed limit, then it is important that you stick to it – it’s not there as an advisory speed for the conditions, but instead an enforceable speed limit. That’s right, you could get a fine or even points on your licence if you fail to abide by these variable speed limits.

Similarly, if you see a red cross above one of the lanes, it is especially important that you respect this, and move out of, and do not enter the lane again until you receive instructions to do so. Smart motorways often don’t have a hard shoulder, so if anybody is broken down, then they may be stranded in the middle of a lane.

The signs are there to keep you and other road users safe at all times, so listen to them, and follow their instructions. Blatantly ignoring them, or not paying enough attention could endanger lives.

Another type of sign you may see is a dynamic hard shoulder – these are stretches of the motorway which have a traditional hard shoulder built in, but when it needs to be used as a lane, the gantry will declare it open, and make it so that you are able to use it as an extra lane. But we’ll get back to this a little later.

What happens if I break down on a smart motorway?

Many critics of these types of motorways will often turn to this question – it’s a genuine fear for some people. If I break down where will I go if there is no hard shoulder?

Well, if this ever happens to you, try to find the closest emergency refuge area, turn on your hazard lights and exit the vehicle through the passenger side door if you are able to. There will usually be an SOS phone in this area, so use it to alert the call handler, and wait behind the barrier.

But what if I can’t get to an emergency refuge area?

If you are really not able to get to an emergency area – perhaps your engine has suddenly stopped, or your tyre bursts, then you should turn you hazards on immediately, do not wait until you are stopped completely unless you can’t. Pull in as close as you can to the nearside of the slow lane as possible, and try to make your car visible (lights and hazards on).

If you consider it safe to exit the vehicle, then exit through the passenger side door, and wear a high vis jacket if possible, and wait until a traffic officer or police car comes to assist you.

At this point, we would recommend that you ring the emergency services on 999 and tell them of your situation and location (look for signage to see the nearest exit).

Do smart motorways have more cameras?

Despite being built as a traffic flow management system, smart motorways also tend to have more cameras on them than traditional motorways.

These cameras won’t flash like normal, but instead, they will capture details using infra-red, to help see in low light levels. So, if you don’t see a flash you’re not out of the blue.

But, our recommendation is to not exceed the speed limit, whether variable or normal.

Are there different types of smart motorways?

As you may have noticed in this article, we have talked about some smart motorways having dynamic hard shoulders, and others having no hard shoulders.

But, what makes them different?

Well, there are actually three types of smart motorways:

Traditionally, these stretches of tarmac are controlled by a variable speed limit, which is likely to be displayed on an overhead gantry, and consist of three or more lanes. Different from other smart motorway types, controlled motorways have a hard shoulder, to be used in cases of emergencies.

If you do not see the speed limit displayed on the gantry, assume that you should be driving at the national speed limit, until instructed otherwise.

Be vigilant, and watch out for changes in speed, to ensure you are driving the correct speed – to avoid risk of penalty points and/or a fine.

You might’ve guessed it from the name – every lane can be driven on, unless instructed otherwise.

It may seem a little strange at first, to be driving in what would usually be the near-side hard shoulder, but don’t worry, you should make use of this lane, except when instructed not to.

Again, it’s important that you keep an eye out for signals displayed on the gantries, and do not drive in lanes that have a red X displayed – this will often denote that an incident has occurred, so please exit the lane as soon as possible, and do not re-enter until instructed to do so. You may put people in danger if you fail to listen to this sign.

These stretches of tarmac will also use variable speed limits, which are enforced by speed cameras, so it’s important that you always keep within the speed limits.

So, this final type of smart motorway is pretty simple to explain – you drive on this like you would on any other piece of motorway, but you may be told to use the hard shoulder if there is congestion on the roads.

A solid white line will separate the carriageway from the hard shoulder, which you should only use if instructed.

Just like any other smart motorway type, there can be a variable speed limit enforced, so keep your eyes peeled for different speed limits for different stretches. However, if nothing is displayed, you are right to assume that the national speed limit (70mph) is in operation.

Make sure you abide by the instructions of the gantry, and only use the hard shoulder lane when instructed, to make sure you keep yourself and other drivers out of harm’s way.

Smart motorways can be incredibly useful in ensuring a steady traffic flow on UK motorways, but that can only be achieved if drivers follow the instructions and rules.

We hope this guide has helped to ease your nerves, and maybe teach you a thing or two about how to drive on these stretches of tarmac.

Keep eyes peeled for changing advice on the roads – whether that’s the speed limit or closed lanes, it’s important that you follow guidance, not only to save yourself either incurred penalty points, or fines, but also potential danger for other road users.

Above all else, drive normally, be wary of other drivers and do not get overwhelmed by these smart motorways – they aren’t too complex, as long as you drive like usual, you will be fine.