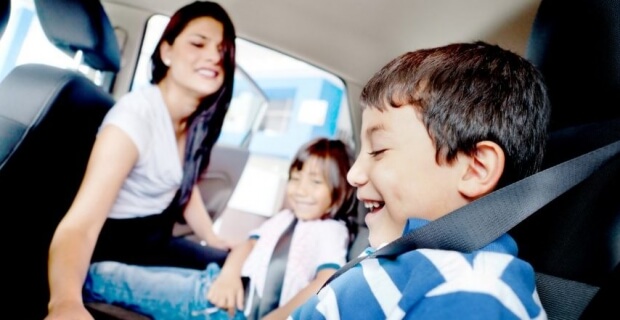 The latest annual child car seat checks from Good Egg Safety have revealed alarming results, prompting leading child seat manufacturers and road safety organisations to join forces in order to improve the safety of children in cars throughout the country.

According to a Good Egg Safety press release, last year alone 71% of child seats either didn’t fit the cars they were used in or were not suitable for the child using them. Jan James, Good Egg Safety Chief, said: “Over the last fifteen years we have checked more than 24,000 child car seats and it is a major concern to us that vulnerable little passengers are still at risk of injury or worse due to the incorrect fitting of their child seats. They deserve better.

“Last year alone, 71% of child seats either didn’t fit the car/s they were used in or were not suitable for the child using them. We urgently need to align all stakeholders to help tackle this problem and the fact that so many enlightened organisations have put aside competitive differences to work collaboratively with Good Egg Safety is extremely encouraging.”

A number of key actions have been identified. These include highlighting how important it is to make sure that new parents are aware of all the car safety options available to them before the birth of their child, and encouraging parents to keep their babies rear-facing for longer.

According to Good Egg Safety recommendations, previously babies could be forward facing once they weighed 20lb/9kg, but this changed in April 2015 when new legislation was put into place which meant that parents must keep their babies in a rear facing seat until they are 15 months old. This meant that the focus has moved away from the weight of the child, onto the age of the child. For more information take a look at our guide to the updated child car seat legislation.

However, Good Egg Safety suggest that it’s a good idea to keep a child rear facing for even longer than this, until they are around four years old, although it is important to pay attention to maximum outgrown limits on your chosen car seat. Ultimately, the younger a child is when they move to facing forward in a car the less protection they have in a crash, so it’s vitally important to make the right choices for your child.

Due to the serious nature of the Good Egg Safety findings, which highlighted how over three quarters of children and babies in the UK are in potential danger, a series of further meetings have been planned in a bid to reduce the amount of seats that are being incorrectly fitted in the UK.

Adrian Walsh, director at RoadSafe, said: “Child safety in cars is a very important issue, in particular for parents, due to the complex nature of child safety seats and fitting. The coming together of the manufacturers, retailers, campaigners, and road safety experts, is a huge step taken in progressing towards national standardisation of seat types and training for car seat checkers.”