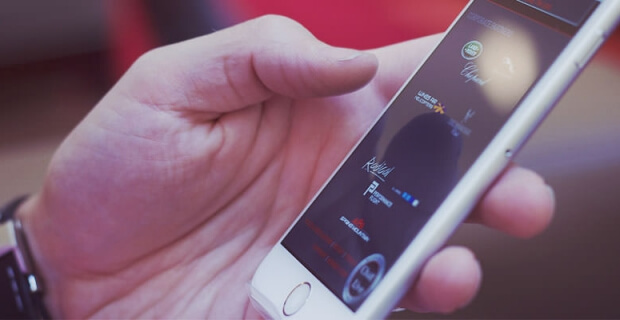 Home / Safer Driving / Events / Six points if you use mobile at the wheel!

The Government have recently suggested that strict new penalties will soon be put in place to prevent road users from using mobile phones whilst driving. This is set to have large repercussions for drivers, particularly new drivers, who will face having their licence revoked if caught by the police.

The new legislation in brief

New legislation is due in the UK in the first half of 2017, which will raise the points received from using mobile phones whilst driving to 6 points, instead of the previous 3 point penalty. On the spot fines will also be increased from £100 to £200.

This is part of an ongoing initiative to crack down on dangerous driving due to people using their phones. This initiative will be supported by a new high profile Think! campaign backed by the government, which hope to raise awareness around the dangers caused by this behaviour.

What has lead to these changes?

Many studies released in the last few years have indicated that not only are the number of deaths caused by mobile phone distractions on the rise, but they have also shown that many drivers seem unaware of the risks involved.

According to the DfT in 2012, 88 deaths were attributed to distractions, 17 of which were because of mobile use. This number has continued to rise, with 21 fatal accidents in 2014 and 22 in 2015. Despite this, the number of sanctions in the past 10 years have shown a notable decrease. This new move by the government to increase penalties shows a notable attempt to help cut down on this risk, as well as raising awareness, particularly in young drivers.

According to the 2016 report from the RAC, “a significant minority of motorists (31%) admit to having used a handheld phone to make or receive calls while driving at some point in the past 12 months. Meanwhile, a fifth of drivers (20%) think it is safe to text or check social media while they are sitting in stationary traffic, despite this being against the law.”

The new legislation should hopefully lead to fewer road accidents due to distractions, and raise awareness of the dangers of mobile usage whilst driving.

What this means for young drivers

These harsher penalties mean that, similarly to drink driving offences, being caught using a mobile phone whilst driving can lead to an immediate revoking of licences for drivers who have held their licence for under two years.

The new rules will apply to England, Wales and Scotland and can lead to possible fines of up to £1000 and a six month ban, alongside being forced to retake driving tests.

Simon Rewell, Road Safety Manager at Insure The Box, said: “Losing your licence in these circumstances means motorists would have to apply and pay for a new provisional licence, before having to pass both theory and practical parts of the test again to get a full licence.”

Drivers will face the penalties if they are seen using their mobile phones or similar devices at any point whilst driving, including when stopped at traffic lights or queuing in traffic.

When it comes to hands free devices, these are acceptable whilst driving or riding unless the police think you are driving distractedly or unsafely, in which case you could still be stopped and face penalties.

Penalties for being caught on the phone whilst driving are severe, yet further penalties will be imposed if you are found to be using the phone after an accident.

The AA says: “If there is a crash while you are using the phone, you could be prosecuted for careless driving, dangerous driving or, if someone is killed, for causing death by careless or dangerous driving. Fines can be much greater, and prison becomes almost certain if a death is caused.”

The new legislation means that young drivers who use their phones whilst driving not only face the possibility of having their licence immediately revoked, but can also face much larger fines and bans as well. Increases in mobile related accidents and fatalities mean that this is a growing issue for road users, and the harsher sanctions symbolise a greater shift towards improving safety on the UK’s roads.