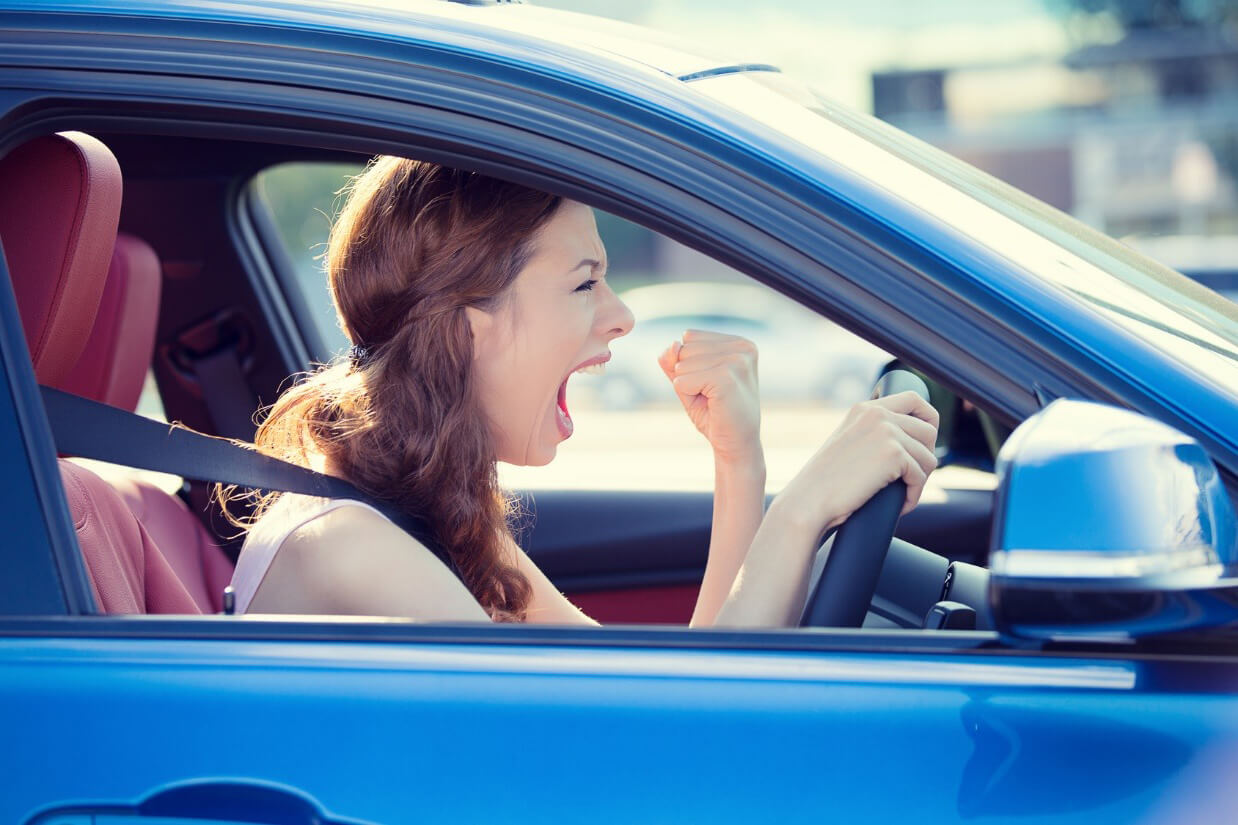 If you have a driving licence, you should be familiar with the Highway Code and the majority of our road signs.

You’ll definitely know the UK driving laws; using the outside right lane to overtake on motorways, giving pedestrians way in zebra crossings, not using a mobile phone when driving… But if you’re a new driver, you might not have your head around your driving habits yet.

When you get used to the basics of driving, you start to think less and less about the technicalities and develop your own driving style. If you’re with insurethebox, you know by now that driving safely is the way to go; whether it’s earning your monthly Bonus Miles, saving money on fuel, or that one little thing – staying alive.

You’re rarely on the road alone; there are other drivers to think about, and they might make it just that more difficult for you to drive – if only everyone drove the same way!

Here’s a list of our team’s top 9 things that annoy us on the road. You’re not one of these people, are you?

1. Driving too fast for the road conditions

We always say this – the speed limit is a maximum, not a target. Even if the limit is 60 mph, it doesn’t mean it’s always safe to drive at that speed. The weather and the type of road has a dramatic impact on your driving visibility and therefore your reaction time.

There’s nothing more frustrating than drivers speeding up and passing you when you can barely see through the fog in front of your car. Not cool!

We can’t read each other’s minds! There’s no way you could know where someone’s heading to unless they signal it to you. Such a simple thing yet so dangerous to everyone on the road if not done right – using indicators is just basic courtesy.

Leaving your indicators on after you’ve made your turn is just as bad of a crime!

3. Texting at the traffic lights

It’s not just illegal to text or call when you drive; holding a phone when you’re stopped in traffic is also not allowed. No matter how badly you want to get an update on the group chat, stay away from Whatsapp. It’s illegal, but it’s also annoying to other drivers as you’ll be distracted and perhaps miss the green light or not notice someone changing lanes ahead of you.

You should always have hands-free access to a headset or voice command.

You think your shopping is more important than mine? We all want to fit into that car park and there are clear lines for that purpose. It’s really not cool taking up more space than allocated.

This happens a lot, especially on the motorway when people try to adjust for speed cameras. First of all, there are average speed cameras that monitor your speed over the distance between two cameras – good try.

Some people are always in a hurry so they pass to cut into your lane, but then realise there’s a queue of cars ahead and end up braking harshly. Same goes for not anticipating the traffic lights – amber means it will be red next, so slow down!

The yo-yo people are the worst. You’re enjoying your journey and someone passes you to squeeze tightly between you and the car in front, only to slow down. You then pass them and continue in your speed – then you see it from your mirror, they’re coming in again! And again…

Use cruise control if you find it hard to drive consistently. It’s also not as efficient as you think to try and save time by advancing up in a queue in traffic. Patience!

7. Staying in the passing lane

Almost as annoying as someone yo-yoing between lanes are drivers who stay on the right lane. It’s there for overtaking, to make traffic smoother, not for you to feel like you own the road!

Staying in the passing lane will just force everyone to drive exactly at your speed, or worse, try to pass you from the left. Play by the rules!

Full-beam headlights are super bright for a reason; you’ll need that extra visibility when it’s really dark or foggy. They’re also bright enough to blind someone for a few seconds. Unfortunately, many drivers don’t use headlights correctly – you’re meant to switch them on and off depending on the traffic facing you.

If someone’s flashing their headlights at you when driving towards you, they’re trying to say that you’re kind of blinding them.

It might be part of a cultural experience when you’re in Rome, but honking really doesn’t help anyone – unless the driver stopped in front of you at the traffic lights is actually asleep, then definitely honk, and honk loudly!

As annoying as the above driving pet peeves are, adding aggression into the mix is not helpful. The guy that just changed lanes three times within one minute has already done that, and probably won’t realise what you’re honking for. Just lay off the horn.