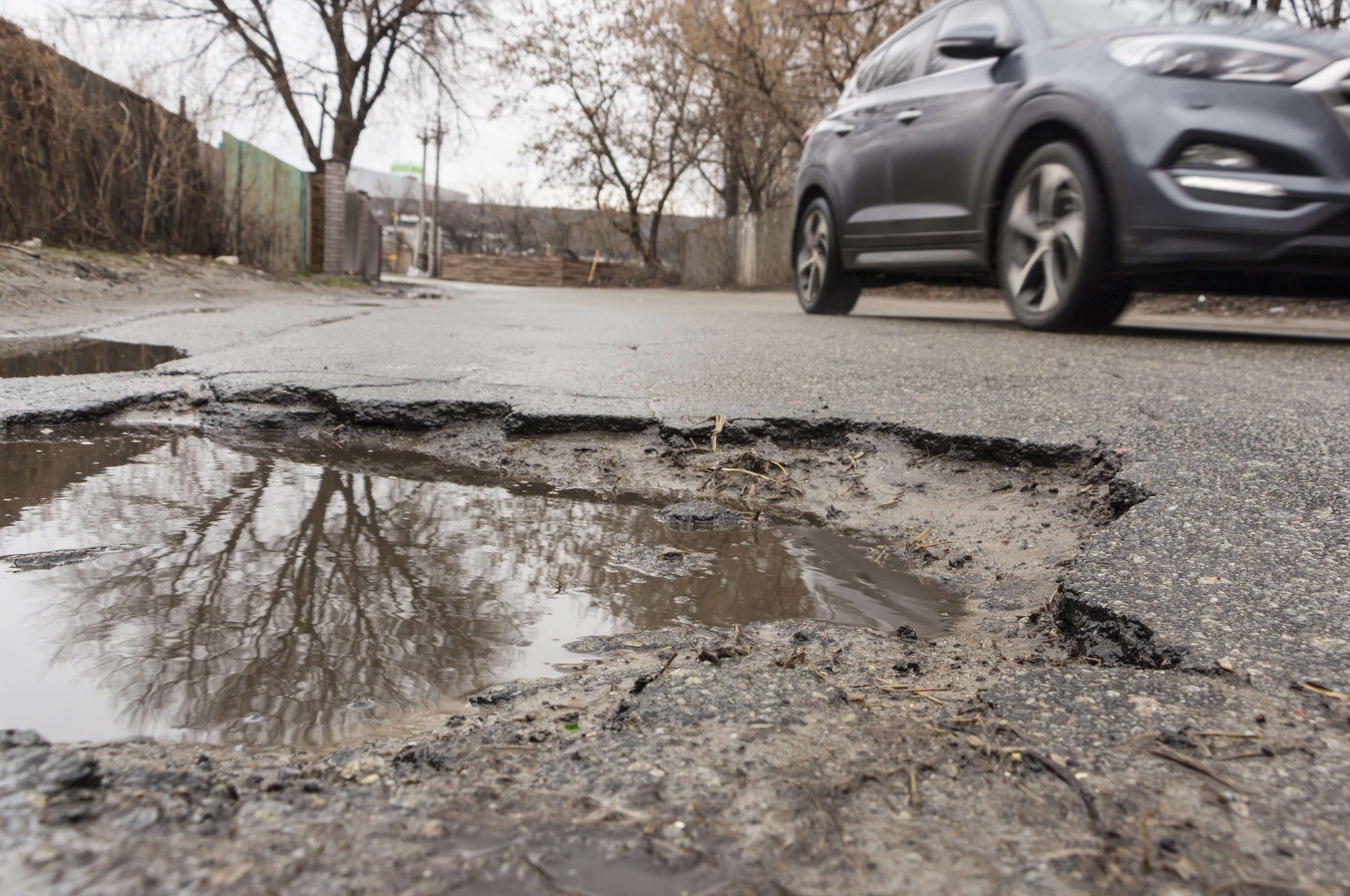 In a survey by Tyre Shopper 54.2% of UK respondents reported that their car has been damaged by poorly maintained roads in the last 12 months.

Potholes are a common problem, particularly in colder winter climates. Potholes come about through moisture making its way into a crack in the road. When it gets cold and the water freezes, these cracks expand – add cars driving over it every day, and the hole will just keep growing.

Department of Transport data also shows that roads are getting better from 10% of roads being poorly maintained in 2012 to now just 6%. Still, according to Tyre Shopper, 70.2% of UK motorists are unsatisfied with their local authorities’ attempts to fix poor roads in their are.

A pothole could severely damage your car leading to high repair costs but they’re also a cause of accidents.

Read on for our tips for driving on poorly maintained roads and what you should do if you see a dangerous pothole.

How should I drive on poorly maintained roads?

Potholes cause damage to cars and can easily make you lose control. This is why staying alert and focused behind the wheel is so important. Just like an unexpected pedestrian, a pothole could appear from nowhere if you’re not looking.

If you notice the road you’re on isn’t exactly in its top form, take extra care. Driving on country roads and more secluded areas are more likely to have bumpy roads.

Driving at the right speed suited for the road conditions is also key. The amount of damage a pothole can cause depends on your speed so keep that in mind before you try cruising in the mud.

What should I do if I hit a pothole?

If you see the pothole before hitting it, slow down and try to avoid it if possible – don’t brake suddenly or swerve from the road creating a danger to other road users.

If you’ve already hit one, hopefully you’re alright and can stop somewhere safe to check your car. Check the inner and outer walls of your tyres and take pictures if there is any damage.

Don’t keep on driving for long if you notice any damage; find the nearest garage or call your insurer provided it’s included in your cover. At insurethebox we offer three levels of breakdown cover so you can add the most suitable level of protection to your policy.

If you need to make a claim to your insurer, do so immediately after the incident. The government is responsible for maintaining the roads but they’re not likely to foot the bill unless you make the effort to prove they’re liable through survey records or further evidence.

What should I do if I notice a dangerous pothole?

If your car is damaged by a pothole or you just notice a dangerous pothole on the road you’re on, you can get in touch with your local council or authority to report the issue. This is important, as potholes grow much faster than the record of them.

Stop somewhere safe so you can note the exact location, its approximate size and take pictures of it. You can find more information on the Government page to report a pothole.