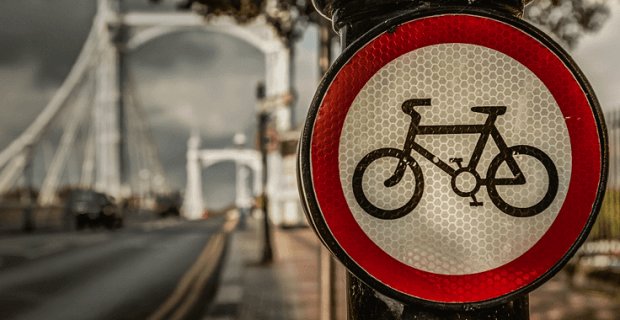 According to Cycling UK, overall, nearly 1.7 million people in the UK cycle every day and over 2 million people get on the bike 2-5 days a week. Cambridge takes the lead with nearly 40% of adults cycling at least three times a week, followed by Oxford and London Hackney.

The summer attracts more cyclists on the roads, so you’ve probably had some experiences with vulnerable road users in the past couple of months, but are you confident in knowing how to share the roads in a safe way?

Cyclists are much more vulnerable on the road so it’s your responsibility as a car driver to make sure you have good visibility and you give enough space for others.

Follow these tips to keep yourself and the cyclists around you safe:

Your blind spots are just “the right size” for cyclists. Always check your mirrors before turning and do the shoulder check when you can’t see properly. Cyclists often use their hands to signal when they’re turning or try to show intentions by making eye contact, so look out for those signs. Make sure you always use your indicators too, not just when there are cars around.

The Highway Code says to give plenty of room to cyclists when overtaking, so make sure it’s at least the width of a car door to be safe. A cyclist can’t just ride over debris or potholes the way you can when driving a car. Give extra space, especially when overtaking. They could be riding faster than you think so you could end up squeezing next to them too closely if you rush. Just imagine standing right at the edge of a platform when the train arrives – that’s what it’s like for the cyclist!

It would make driving so much easier if we could read each other’s minds – but we can’t. You can never be entirely sure about another road user’s intentions so don’t risk it by assuming; hold back and let a cyclist make their move first. When turning left, wait for a cyclist to pass the junction so you don’t end up trying to overtake.

Junctions can be dangerous, especially when you’re pulling out of a side road to a major road – many accidents involving cyclists happen this way. Take extra care and go slowly so you can also spot vulnerable road users on time. If you stop or park on the side of the road, look out for passing cyclists. Opening the door at the wrong time could mean a cyclist hitting you, which can be life-threatening to them.

The advanced stop area is there for a reason; it’s reserved for cyclists at traffic lights, so don’t drive into it – or you could even get a £100 fine and three points on your licence. Never park in cycle lanes, you’ll only create another hazard.

Drive to the conditions

As you would in rural roads or heavy traffic anyway, adjust your speed so that you can stop within a clear distance. Allow cyclists extra space in wet conditions as roads can be very slippery for them when it rains. In the dark, use your dipped headlights when approaching cyclists.

Give it a go

The best way to understand cyclists is to try being one yourself. Just one ride can help you understand the risks cyclists face on the road every day, so you know what to pay attention to when you’re behind the wheel.