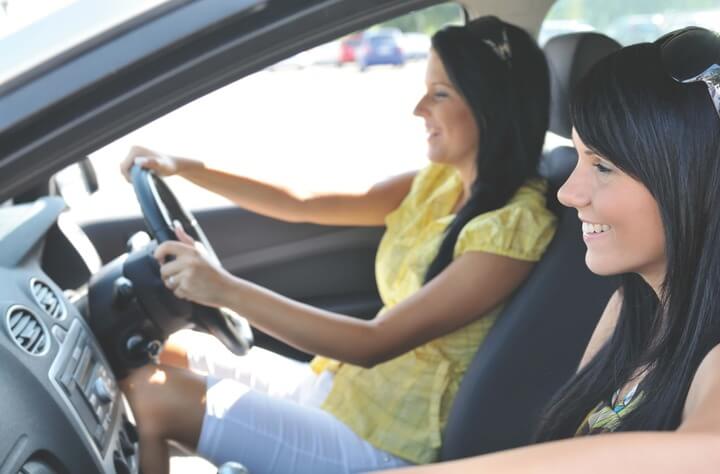 Home / Safer Driving / Featured / What if you don’t feel safe with another driver?

When out in groups, people often car share or take lifts with others. Though this can be a great way of saving money on petrol and not having to worry about driving, there may be times when you feel unsafe in the vehicle you’re travelling in.

It is important to speak out in these situations, and know how to act if you feel that the person driving the vehicle is either not fit to drive to drive, or is driving dangerously.

During the winter months, we have previously recorded that the risk of accidents increases by 12.5%. There are a number of reasons for this, including longer nights, dangerous weather conditions and an increase in alcohol-related driving accidents. The RAC in Ireland reports that there is an increase of alcohol related traffic accidents in the run up to Christmas particularly, which accounts for 38% of fatal accidents at this time. A solicitors in the North West also wrote about this issue, stating that more car crashes occur in the run-up to Christmas than at any other time – with road accidents on December 17 being, on average, twice as likely to occur.

Regardless of if the driver is a friend, parent, taxi driver or colleague, it is important to speak up if you believe that the driver is putting your life in danger by being unfit to drive. You should never get into a car if you think they are a dangerous driver, but if you’re already the passenger on an uncomfortable journey then you should tell the driver to stop the car safely and let you out.

In this situation, it is important that you leave the car as soon as it’s safely possible to do so. This can potentially be done by telling the driver you feel unwell, or by making another excuse to get out of the car. Even if you are far away from your destination, you should relieve yourself from the situation in order to keep yourself safe, and call another lift or a taxi to travel the remaining distance.

If you suspect that the driver of the vehicle may have been drinking or has used drugs, then you should try and convince them not to drive. This is easier before the person is behind the wheel; for example if you know that someone is over the limit after drinking at a party, and plans to drive, try to convince them not to drive if you feel it is safe to do so. This could be through providing alternate transport, removing their car keys, or suggesting booking a taxi.

Do not get in the car with anyone who you suspect is under the influence of drugs or alcohol. If you are worried that someone may be intoxicated or over the limit you should call the police and report the driver, so that they may take immediate actions to protect you, other passengers, the driver and other road users.

Winter driving often requires driving during dangerous conditions, such as frozen, snowy or flooded roads, which is why it’s important to ensure your focus is not impaired. Young drivers may be inexperienced at driving in these conditions, and be at greater risk of accident. If you’re worried that the driver may be driving recklessly in these conditions, or that it would be dangerous to drive, you should again speak to the driver and ask them to pull over the car when it is safe, so that you can exit the vehicle.

If it is safe to do so, try to convince the driver to stop driving and, if necessary, wait until the driving conditions are less dangerous. Read our blog about driving in dangerous conditions.

At insurethebox we alert the emergency services to a customer involved in a serious crash on average 10 times a month through our Accident Alert service. This figure increases to 14 in the winter (November-January) months.

The risk is very real for passengers during these months, who are forced to put their lives in other people’s hands. Because of this, it is incredibly important to ensure that you speak out if you feel you are in danger – and ensure that you do not get in the car with anyone who you feel may put your life at risk.