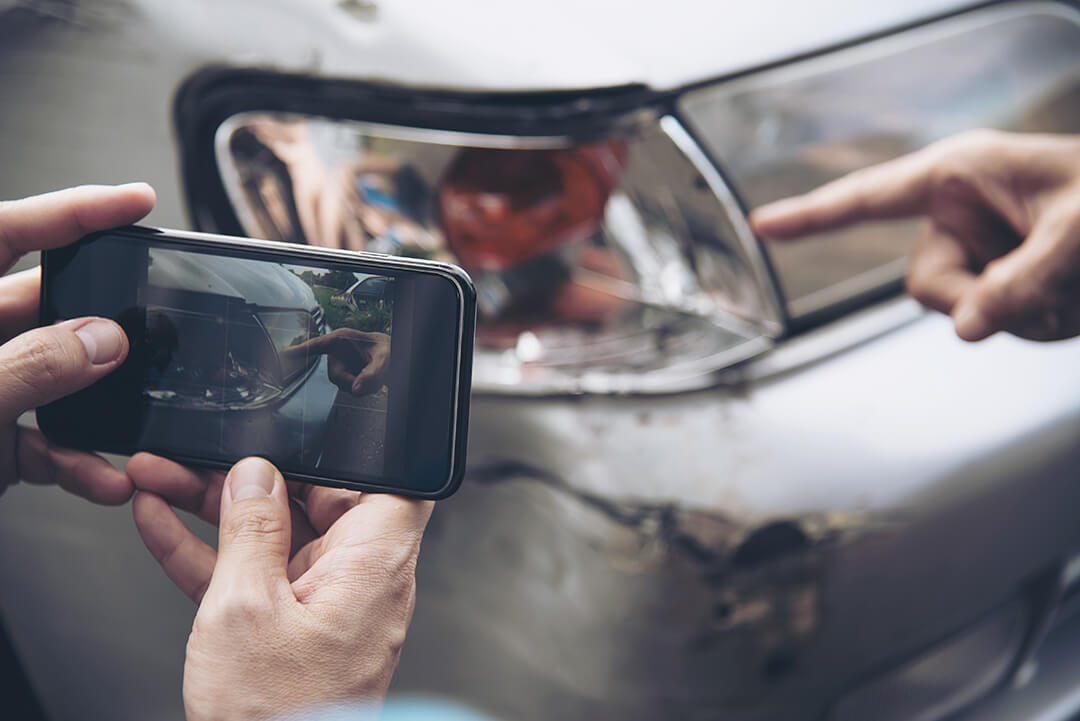 Simple mistakes in your policy documentation can lead to a real headache for both you and your insurer, or lead to your insurance being invalidated.

There is a serious reason why it’s important to provide accurate information and disclose details of any issues – the consequences could be much more serious than an invalid policy; you could be fined, get penalty points or, in worst cases, be prosecuted for fraud.

It might not seem like a big deal to not disclose all penalty points or mention about the modifications in your car, but it would be seen as you purposefully trying to get your premium down. This applies even if you just forget to update some of your details.

Some of the most common mistakes, or fraud attempts, in car insurance policies are:

Fronting is a term that refers to someone being added to a car insurance policy as a named driver when they’re actually the main driver. Parents might add themselves as the main driver for their child’s policy to bring the cost. But, you guessed right, it’s illegal!

There’s enough to think about when moving house, so informing your insurer about a new address can easily slip your mind. However, where your car is regularly parked overnight is key information for your insurer, as well as the intended use of your car. Keep it up to date!

This might not seem obvious but the additional features in your car usually have an impact on your premium. Installing a security device, for example, might bring it down whilst other modifications could increase the value of the car bringing the premium higher. To get an accurate quote, you need to share details of your car with your insurer.

Car dumping is just that; dumping your car somewhere to claim that it’s been stolen. It also refers to setting your car on fire or damaging it on purpose to fake an insurance claim. Pretty obvious – don’t try this!

Fraud in motor insurance has increased by 45% in the past year, with 21-30-year-olds committing fraud the most.

It’s also good to know that fraud actually affects other people too. It takes time to investigate suspected frauds so you’re taking time away from an insurer to deal with genuine claims. This could lead to higher premiums overall.

Being a victim of car insurance fraud

In a ‘crash for cash’, the driver in front of you will brake suddenly causing you to crash them from behind. In a ‘flash for cash’, the fraudulent driver will flash their lights at a junction to give you way but then crash into you.

They’ll make an immediate claim stating it was your fault, and often add minor injuries or other costs into it. Some criminals deliberately crash their own cars to then make a claim.

How can you identify crash scams?

There are some signs that might indicate that you’re involved in a crash scam. Pay attention to how the other driver looks after the accident; are they weirdly calm? Are they a bit too ready to give you a written piece of their insurance details? Are they exaggerating what happened?

As you would after any incident, note all details and write down what you think happened on the spot when it’s fresh on your mind. If you’re suspicious, contact the police and explain the situation.

At insurethebox we fit a black box in the car which not only helps customers become better drivers but the telematics data can also benefit claims, providing evidence of speed, location and any impacts.

The increased use of social media has brought with it so-called ‘ghost brokers’ who try to lure young drivers with cheap insurance policies that aren’t real.

These fraudsters pose as insurance brokers online; they might buy a genuine policy and then modify it to sell onwards, or sell a real policy but cancel it and take the refund of your money.

It’s always good to check the insurer’s official website. With insurethebox you can only get a policy by calling our team on 0333 103 0000, through our website or on quote comparison sites.

How can you identify a ghost broker?

Exactly you are right, I also have the experience in ghost brokers then compare market insurance policies to take the cheap car insurance quotes. Now I am happy to take a drive. your blog give a lot of information for me to take a insurance. keep on writing.